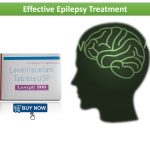 Anything that affects the connections between nerve cells in the brain can cause seizures. Epilepsy is a nervous system disorder that makes people more susceptible to having recurrent seizures.

Epilepsy is a medical disorder which is usually defined as a tendency to recurrent seizures. It is a neurological condition that involves the nervous system, it affects people of all ages, races, and ethnic backgrounds. Data suggests that around 2.2 million people in the USA have epilepsy. Anything that interferes with the normal connections between nerve cells in the brain can lead to a seizure. The neurologic condition occurs when brain activity becomes abnormal, causing periods of unusual behaviour, loss of awareness, sensation, and seizures.  Anyone can develop this brain disorder but more prevalent in young children and older adults.  Studies also found that it is slightly more common in males than in females. Currently, there is no cure for the condition, it can be managed with antiepileptic drugs and other treatment strategies.

Seizures are commonly reported in patients with epilepsy. Symptoms can vary from one person to another. other common signs and symptoms include temporary confusion, loss of awareness, a staring spell, uncontrollable jerking movement of the arms and legs, and psychic symptoms such as fear or anxiety. Also, the symptoms depend on the type of seizure. Most people suffering from this neurological disorder tend to have the same type of seizure each time, therefore the symptoms will be similar in every episode. Health care experts classify seizures as focal or generalized seizures and are based on how abnormal brain activity begins. Focal seizures or partial seizures result from abnormal brain activity in just one area of the brain. Partial seizures are divided into two categories

certain risk factors such as age, family history, head injuries, stroke, dementia, and brain infections may increase your risk of epilepsy. These symptoms may sometimes be confused with other nervous system disorders such as narcolepsy, migraine, or other mental illness. A clinical examination is needed to identify epilepsy disorder.

Suffering from a seizure at certain times can result in complications that are dangerous to yourself. You must seek immediate medical help if the seizures last for more than five minutes, your consciousness doesn’t return, you will experience a second seizure immediately, or you have diabetes. If you experience a seizure for the first time, contact a health care specialist. 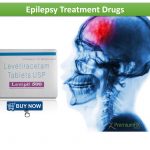 Epilepsy is a brain disease in which a person encounters the uncontrolled and repetitive activity of body muscles, generally known as Seizures or Convulsions. Epilepsy is not a single disorder; it is a cluster of different symptoms originating in a variety of people with different reasons. The common reason is an imbalance in the brain’s electrical activity. In the brain, the transmission of wrong signals by neurons contributes to recurrent episodes of consciousness, sensation, and increases the risk of physical injury. In this, an epileptic patient may experience frequent seizures.

Seizures can be classified in the primary two groups

Status epilepticus is a life-threatening condition that develops occurs due to persistent seizures lasting for more than half an hour or even more. Indications vary from person to person. Common signs and symptoms associated with this are confusion. jerking of arms and legs, Tics, Twitches or tremors abnormal body movements, and Unusual eye movements.

The leading cause of the disease is a disturbance in the regular activity of neurons due to brain injury. Other triggers include brain tumour, trauma, and other CNS infections, Genetic susceptibility, Chromosomal disorders, Infectious disorders like viral encephalitis, meningitis, and AIDS, Overdose of antidepressants or poison, and Prenatal injury

The various diagnostic measures include general blood tests, kidney function tests, liver function tests, EEG (Electroencephalogram), CT Scan and MRI measures and scan the electrical activity and damaged area of the brain. The most crucial factor is the selection of the best possible therapy for the patients. There are antiepileptic agents available in the markets that are prescribed in this condition. Commonly recommended Antiepileptic Epilepsy Treatment medications are Valproic acid, Pregabalin, Phenytoin, Clonazepam, Carbamazepine, Phenobarbitone, Topiramate, Zonisamide, and Levetiracetam. The recommended dosage varies; the Doctor will analyze the type of seizure and will prescribe the medicine according to your condition. The antiepileptic drugs have some side effects, such as dizziness, Weight gain, Skin rashes, Depression, Severe skin rashes, Suicidal tendencies. If medicines fail to show any progress, then surgery is required to remove the affected area or for the installation of the device which controls seizures. Epileptic patients should exercise caution. With proper medication, staying fit with a regular physical workout, taking balanced nutritionally rich diet and intake of natural herbs like Ginseng, Jatamansi, Green tea & overall check on your wellbeing can make your life healthier. You can buy Epilepsy Treatment Drugs Levipil 500 mg online from Premiumrxdrugs at an affordable rate with the best quality

First aid is defined to help and get medical assistance if the person is sick or injured. Many minor injuries may require first aid, including cuts, puncture wounds, sprains, and other treatments like epilepsy to requires and can get treated with the help of first aid.

Living with epilepsy is not easy, it is one of the most common brain disorders in which a person got the tendency to have unprovoked seizures. Most seizures in people with epilepsy are not considered medical emergencies as they may end after a minute or two without any harm and usually do not require an emergency room. Seizures in someone who does not have epilepsy could be a sign of serious illness.

Epilepsy is a central nervous system (neurological) disorder in which brain activity becomes abnormal. Epilepsy can affect anyone no matter what their age, gender, religion. Seizure symptoms can vary widely. Some people with epilepsy simply stare blankly for a few seconds during a seizure, while others repeatedly twitch their arms or legs. Not all seizures include convulsions or unusual muscle movements. Seizures can also be triggered by low oxygen levels.

Common Signs of Epilepsy are:

Symptoms of Epilepsy are:

Causes of Epilepsy are:

There are several important things people with epilepsy can do to give the treatment to get the best chance of success. Some Seizures need emergency care unless you know the person has a history of seizures and it can be treated at home. Your healthcare provider will test to determine the cause of epilepsy. If it is due to other medical conditions, he or she may try to treat it first. Treatment and management may vary from person to person. The goal is to keep someone safe and know when more help is needed.

One cannot do much to stop a seizure once it starts. But you can protect someone from harm during one. Some seizures are more dangerous than others, but most aren’t an emergency. Also, you don’t need to do anything but wait for the Seizures to end.

Here below you can protect a person by providing help:

Epilepsy can be caused due to various factors including stroke, head trauma, genetic disorders or infections, buy Epilepsy drugs online from premiumrxdrygs at best price