To date, there is no cure for Parkinson’s disease, but there are medications and support therapies available to address the symptoms and improve the quality of life.

Is there a cure to Parkinson’s Disease?

There is currently no cure for Parkinson’s disease, and there are no treatments that can slow down the disease’s progression. Treatments available are aimed to reduce the symptoms; they are not capable of reversing the condition. Treatment for Parkinson’s disease is mainly focused on managing the symptoms to improve the patient’s quality of life. Although the disease has some common symptoms, it can appear differently in different people. Treatment is highly individualised to meet the needs of every patient and may include medications, physical exercise, occupational therapy, language and speech therapy, dietary changes surgery, and alternative medicines.

Diagnosis of a Parkinson’s disease can be life-changing for you, and it can feel as if things are going out of control. The only way to regain control is to get involved in the search for a cure by regularly checking clinical research studies through web solutions.

Parkinson’s disease is difficult to diagnose accurately mainly when you are symptoms are mild. The disease begins with subtle signs that many health care experts fail to provide an accurate diagnosis. The only diagnosis is possible when there

In the case of Parkinson’s disease, treatment is usually recommended as soon as symptoms begin to interfere with daily life. You can work with your health care specialist and plan a treatment that works for you.  Treatment plant includes medications, surgery, and lifestyle changes. Most medicines for Parkinson’s disease either help to increase dopamine levels in the brain or mimics the action of dopamine.  A medication called Levodopa gets into the brain, where it is converted into dopamine which helps to fulfil the kneed of dopamine in the brain and control movements. Other medications for Parkinson’s include dopamine agonists. The medications belong to this class of drugs directly stimulate the areas that usually respond to dopamine. Different classes of medications used to treat Parkinson’s disease include anticholinergic medications.

What is the Role of Physical, Occupational, and Speech Therapy?

What Lifestyle Modifications are required for Parkinson’s patients

No doubt, a healthy diet can increase energy, maximize the effects of medicines and improve overall health. Good nutrition is needed for every individual with Parkinson’s disease. Increasing the amount of fibre intake and drinking an adequate amount of water helps to reduce constipation. Eat small and frequent meals to avoid problems with low blood pressure which cause dizziness in patients with Parkinson’s when they stand up quickly from lying or a sitting position. Make necessary dietary changes that can help you lose weight. You may talk to a nutritionist who can advise you on how to get benefit from changing your diet.

Complementary and alternative medications include conventional medicines that are tried to ease Parkinson’s symptoms there is not much data available to support the use of complementary medicines and techniques, but a large number of population affected with Parkinson’s disease find them helpful in managing their symptoms. These include yoga, massage, and meditation.

At the time, you need physical and emotional support. Moreover, adapting your needs over time is one of the best ways to remain healthy. Parkinson’s is a complex disorder that requires an interdisciplinary approach to care. You need a care team that includes a psychologist, neurologist, a therapist who is trained in physical, occupation, and speech therapy, physiotherapist, or a nutritionist. You need to cooperate and work together with your health care professional to get the best results.

Numerous medications are available for the management of symptoms of Parkinson’s disease. All of these are specially formulated to ease symptoms and improving quality of life. Currently, there is no cure or therapy that has been proven to stop disease progression.

Medications are the key to control the symptoms of Parkinson’s. The symptoms of Parkinson’s develop when the level of dopamine (a chemical messenger), falls in the brain. Parkinson’s medications aim to increase the level of dopamine that helps in the stimulation of certain parts of the brain where dopamine functions. Current drug treatment can help to reduce the symptom; there is a treatment that can cure or stop the progression of this is a neurological condition.

Medications are specific to you

Every individual suffering with Parkinson’s disorder has a different condition, he/she experience different symptoms so, your health care specialist will find the treatment that works best for you after determining the condition of the patient. It takes time to find the best drug treatment. The appropriate dose and best timings, your health care specialist will need to do some changes along the way. Parkinson’s symptoms tend to change over time, due to which change of medication is required. The drug treatment will start at low doses and increased gradually. Your health care provider will gradually step up the dose, increases the frequency, or may introduce new medications to the treatment until you gain control over your symptoms. If you observe any changes or progression in your symptoms, it is important not to make any changes in your medication, or the treatment regimen without talking to your health care provider.

Drug treatment may help you manage problems with movements, and it can improve walking pattern and tremors. One can find a significant improvement after beginning Parkinson’s drug therapy. Medications that your health care provider may prescribe include:

The working mechanism of Parkinson’s disease

As mentioned above, the chemical messenger called dopamine is produced in the brain, which plays a crucial role in bin functioning and sending signals to other parts of the body. The symptoms of Parkinson’s develop when there is very less amount of dopamine in the brain. The low levels of dopamine may be because of the death of the cells in your brain that are responsible for producing dopamine. Most of Parkinson’s medications are administered to increase the levels of dopamine in your brain. Some acts as a substitute for the chemical messenger by stimulation the brain part where dopamine acts. The drugs also block the action of certain enzymes that lead to dopamine break down.

Ask your health care provider if there is anything related to the use of your drug treatment that you don’t understand. Your health care provider will briefly explain you everything related to your dose regimen. You can even ask for written information, and they would not mind. Make sure you know everything about your Parkinson’s medications. You should know what to do if you mistakenly miss a dose. However, it will be good for your health not to miss any dose. Remember the thing that Everyone with Parkinson’s is different so it is not possible that your medication, dose, and timings should be the same as someone you know with the condition.

Share decisions with your health care provider about your medications 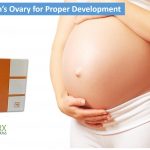 Parkinson’s disease is a progressive brain disorder, the signs are difficult to pinpoint at earlier stages. The symptoms of Parkinson’s disease could indicate many problems, which makes early diagnosis difficult. This is the reason why people with Parkinson’s disease got frustrated while searching for reasons behind their movement problems. However, there are some signs that could alert you and allow you to get the treatment earlier.

When to consult a physician?

Not all the symptoms are experienced by Parkinson’s patient which leads to confusion in diagnosis. Consult a physician, if you or your loved one experience any of the symptoms given below:

Blackcurrant is very healthy. In fact, it is more nutritious than many other fruits including bananas and mangoes. Several studies have shown that it is excellent to reduce the risk of diabetes and high blood pressure.

Blackcurrant has rightly earned its place among the “super” fruits available in the market today. The history of blackcurrants goes back several hundred years. There are various helath benefits of this meagical berry, some of them are explained below:

• Records show that it was used extensively by our ancestors to deal with liver ailments, bladder stones, coughs, and lung issues.

• Blackcurrants have been shown to enable the body to save itself from a wide range of infections and diseases. They are grown mostly for their high levels of anthocyanins, which offer excellent protection against an array of illnesses. While they are found fresh during the season, it is available throughout the year in the form of juices, frozen fruit, yogurts and cordials.

• Some studies reveal that people who consumed berries had significantly decreased levels of Alanine Aminotransferase (ALAT). A high level of the substance usually shows a damaged liver. The berry also positively impacts the happy chemicals in the brain known as dopamine and serotonin. Research has proven that blackcurrants can enhance mood, improve energy levels and fight symptoms of Parkinson’s and depression.

• The berry is more nutritious than many other exotic fruits including blueberries and goji berries. It has been found that the blackcurrant comprises more minerals, antioxidants and Vitamins than at least 20 other fruits tested.

• The high levels of antioxidants in the fruit means that it is potent to fight an array of ailments including diabetes, Alzheimer’s, cancer, eye strain, heart disease, MRSA and among other ailments.

• Blackcurrants are a great source of Vitamin C and studies have shown that taking foods rich in Vitamin C enables the body to develop immunity against infections. The fruit also carries significant amounts of Vitamin A, which is needed to maintain the integrity of skin and mucous. It is required for a healthy vision. It also provides protection against lung and oral cancers.

• Blackcurrants are a rich source of many Vitamins including Pyridoxine (Vitamin B-6), Pantothenic acid (Vitamin B5), and Thiamin (Vitamin B-1). In addition, the berries are a great source of some other essential minerals including iron, calcium, magnesium, copper, manganese, phosphorus, and potassium, which are very essential for body metabolism.

• The berry is loaded with flavonoids that are very good for promoting cardiovascular health. It also comprises plenty of omega 3 which is very good for overall health. The berry has been proven to decrease bad cholesterol in the body and increase the good cholesterol levels. It enhances blood flow towards the heart and decreases risk of stroke, hypertension and heart attacks.

• Blackcurrant is rich in iron and this helps to increase the production of the red blood cells in the body. As it is a good source of Vitamin C, the berry increases the capacity of the body to absorb iron. It is also excellent to protect the skin against several skin issues including psoriasis and eczema.

• Blackcurrant doesn’t just taste great; it also offers your body important nutrients that protect your body from a range of illnesses and aging. It helps considerably to reduce diabetes risk. Taking blackcurrants regularly is good for the memory. It protects the brain from the free radicals due to its anti-oxidant properties. It also helps avoid deterioration of brain cells or tissues

With so many health benefits, it is no surprise that it is one of the best miracle foods available in the market today. If you are looking to reduce the risk of diabetes and high blood pressure, blackcurrants is an excellent choice.