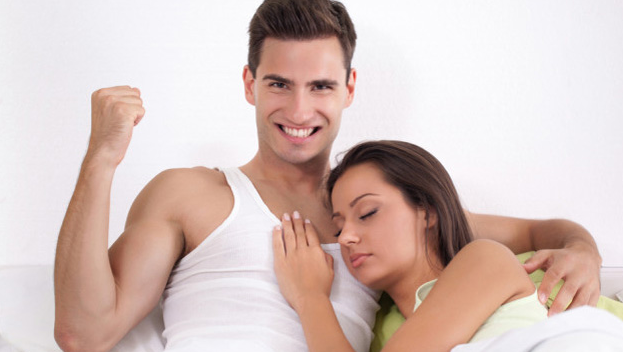 How long should a sexual intercourse last? There aren’t any fixed numbers for it; the best answer is, as long as the couple wants to indulge in it. Some couple might be satisfied with, say twenty minutes of intimate touch and caressing, followed by the sexual practice that lasts for a couple of minutes. On the other hand, some people might enjoy making love that lasts up to ten, twenty, thirty minutes, or even more.

There probably isn’t a guy left who doesn’t ejaculate more rapidly than he was expecting to once in a while. Now the question arises, what is meant by a rapid ejaculation? Experts call it premature ejaculation. It is a pattern of coming before, during, or very shortly just after penetrating the penile organ, which completes the sexual session in half of the time. This can be quite disappointing and distressing for the couple. While in most severe cases, a man can ejaculate just by thinking about or preparing himself for getting involved in the intimate session, before even sexual touching or caressing. If this doesn’t sound like your condition, but you are concerned or worry you might be suffering from premature ejaculation because you think you should be lasting longer then the first thing to understand is, who think like this? Is it you who wants to have longer intercourse? Or is it your partner who thinks you should be last longer on the bed? We have raised this question because sometimes we find a man has unrealistic expectations about how long he should stay and thinks he should keep on going for hours, based on what he has heard, read, or seen in the movies. In fact, in such cases, it turns out that the partners of such men’s are satisfied, or even wishes the private session didn’t go for so long as they get tired. In such cases communication can works wonder!

However, if it’s clear that your ejaculatory pattern is causing issues for you and your partner, then the aim of this article is to help you do something about it.

Premature ejaculation is among the common sexual problems that affect around four out of every ten men. The erection issue is seen most often in young guys who have limited sexual experience. It can happen with males who have just started a sexual relationship with a new partner. Men who have infrequent sexual intercourse might also suffer from rapid ejaculation. A majority of men who have any of these difficulties have not been able to control their ejaculation once they get sexually stimulated. This condition can be called as primary ejaculation. In other cases, the erection problem can develop later in their life after years of satisfactory functioning. The reason might be a change of circumstances or an early sign of erectile dysfunction (a condition where a man is not able to get an erection or keep an erection to satisfy his partner). This is known as secondary premature ejaculation.

Is there any cure?

If you think that there is nothing you can do to delay premature ejaculation and it is just something you are born with it or is a problem that can’t be fixed then hopefully, this leaflet will change your mind and inspire you… Fortunately, many men have successfully overcome this problem naturally in time. There are several ways to delay rapid ejaculation in time and being able to enjoy longer intercourse is something that lies within your control.

So let us go ahead and know about powerful strategies for preventing rapid ejaculation or tips to get lasting longer in bed:

It is one of the most common natural therapies for delaying premature ejaculation and can be done alone or with a partner. The start-stop technique allows a man to be able to identify mid level excitement. Once he learns to identify mid-level excitement, he can delay ejaculation. The method requires a man to stop pursuing intercourse and allows him to decrease its sexual excitement before involving in the sexual act again. With this technique, you will be able to learn to stop just before you feel you are about to ejaculate You need to stop stimulation for about 1 to two minutes and then start it the moment you feel you have regained control. Try and repeat the process 4 to 5 times to regain full control. So, keep on stopping and resting whenever you feel you are about to have an orgasm. However, partners find it inconvenient and frustrating, but try to incorporate it smoothly into sexual practice and get benefited from the natural technique.

This technique works by squeezing the shaft of the penis between the thumb and forefinger for about 30 seconds. The action stops the ejaculation while causing a significant reduction in the penile erection. In order to attain advantage of this technique, try it for several months, and the method requires great preservance from the couple.  Because the technique disrupts sexual activity, it can be frustrating for you and your partner. Try to involve it in your sexual activity to delay rapid ejaculation.

Many men get nervous and fearful when it comes to involving in a sexual practice. They tend to get tense, started sweating, and start taking short breaths. Unfortunately, the nervousness results in premature ejaculation. So next time when you find your nerves kicking, immediately start taking some deep breaths and see the way you suddenly feel a lot more relaxed and last longer in bed too.

The muscles in your penile region can be used to delay ejaculation. Strengthen your pelvic muscle by squeezing it throughout the day. This will make it strong that if you squeeze it before orgasm, you will be able to delay ejaculation for some time.

While having sex, if you are worried about pleasuring your partner, it actually ends up backfiring. Try to think about something else, if possible something very boring that is not at all related to sexual pleasure. This will make you less aroused and allow you to delay ejaculation while maintaining an erection.

Stimulate your partner and increase her excitement level before you have your genitals touched. This way you will be able to achieve ejaculation and orgasm at the same time.

In case these techniques don’t work, you will always have the help of experts who can recommend specific medical treatment for your condition.