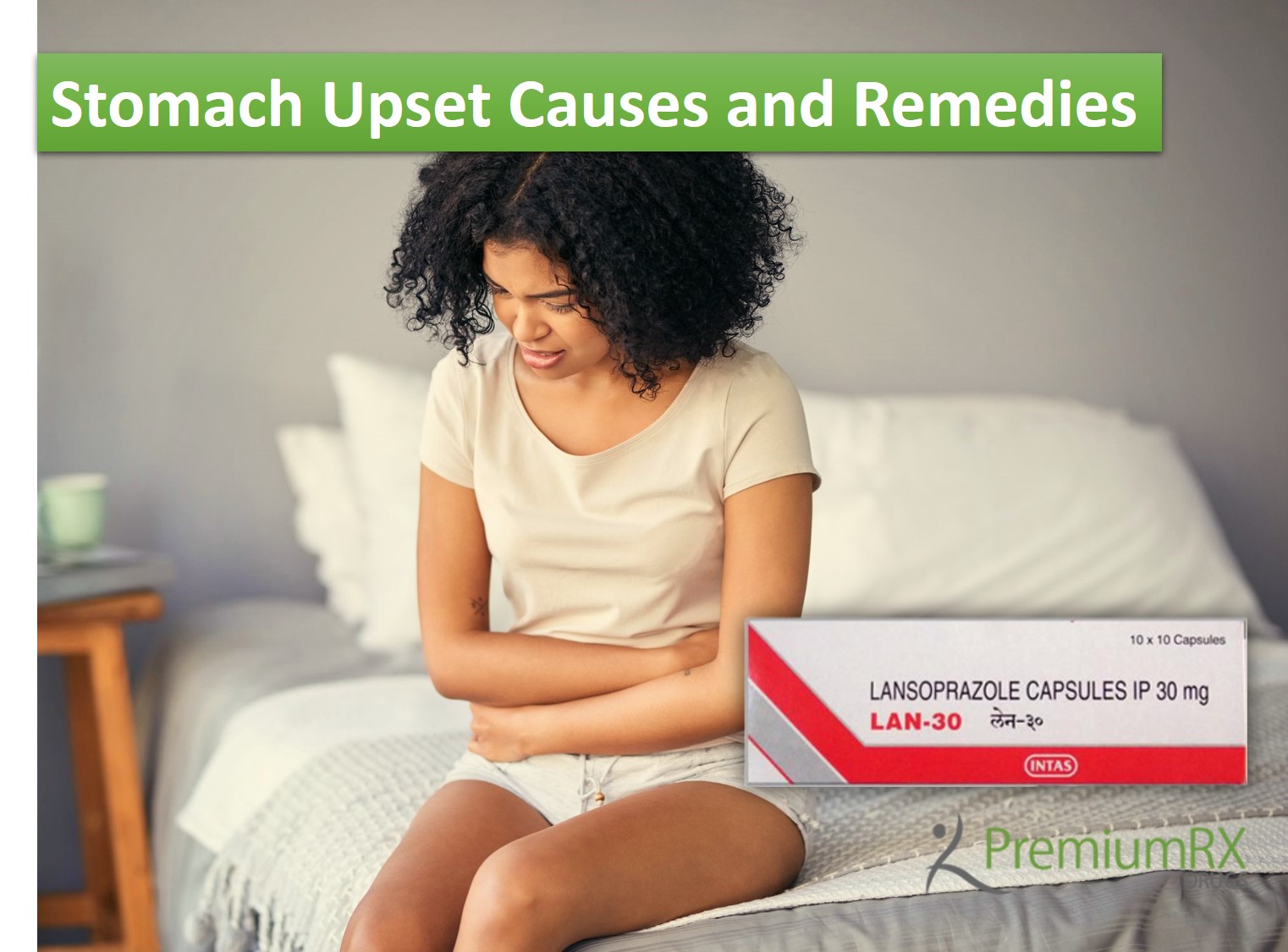 People live and eat their way without any tension of getting attacked by digestive problems. Digestion is regarded as the breakdown of food into smaller components that can be easily assimilated by the body. Basically, digestion varies from person to person and it is not same among all the people. Age is the main criteria in digestion because a young person can easily digest any type of food as compared to older people. Youngsters participate in physical and other activities so the food can be easily digested, whereas older people may face some difficulties in digestion because of the lower immune system.

It is not a fact that young people do not face digestion problems. Every person faces digestive problems which include diarrhoea, irritable bowel syndrome, constipation, and stomach flu. Some of the causes and the best ways to deal with an upset stomach are as follows:

Remedies – To treat any kind of disorder, the most important aspect of it is to follow proper medical advice and follow remedies. In case of diarrhoea, it is very important to avoid dehydration and replacing lost fluid by drinking lots of water, fruit juices and chicken or beef soup. Try to avoid having fatty food, sweets, coffee and milk products during the time of diarrhoea. Further, severe diarrhoea conditions can be treated after seeking doctor’s advice, who will suggest you to take antibiotics.

Irritable bowel syndrome (IBS) – IBS is a common disorder among Americans and generally affects 55 million people. This problem affects the large intestine (colon) and cramping, abdominal pain, gas, diarrheal and constipation are some of the common symptoms. It is a chronic condition that needs to be managed long term by people most commonly affected by the disease. It has been proved in various studies that there is no fact, what causes IBS. But some studies have mentioned variegated number of causes that generates the problem of IBS, these are as follows:

Remedies – There are various remedies and treatment procedures through which IBS can be treated. IBS can be treated by making basic changes in diet and lifestyle activities like by avoiding caffeine products, quitting smoking and increasing the fibre intake. Moreover, IBS can be treated under the supervision of a professional health expert. He/she will recommend you the following drugs to prevent IBS. Antispasmodics are prescribed by the doctor to control colon muscle spasms and laxatives may be referred to treat the short term management of constipation associated with IBS.

Constipation – It is a very dangerous and irritable condition in which bowel movements become difficult to pass. An estimated, 2% Americans experience constipation every year. A person is considered to have constipated bowel movements only one or two times a week. There are various causes that lead to constipation, these are mentioned below:

Prevention and treatment – Initially, any digestive problem is treated by implementing changes in the diet and lifestyle. Constipated people are recommended to increase the amount of water and fibre intake to solve the digestive problem. If it is not solved by the change in dietary plan then the option of laxatives are used, milk of magnesia. Laxatives are recommended by the doctors as a first-line agent. Furthermore, if these get unaffected then stimulants are referred. Prokinetics may also be preferred by health care professionals to improve gastrointestinal motility. Another treatment of constipation involves physical intervention, this treatment is recommended when the above methods failed to show the results. This method is regarded as physical removal of stool using hands.

Stomach flu – People have to face problems related to their stomach on a daily basis. People complain of stomach flu after a bout of nausea, vomiting, and diarrhoea. Doctors prefer the term gastroenteritis for stomach flu, which means irritated and inflamed stomach and intestines. This problem arises due to the intervention of bacteria and viruses through contaminated water or food. Vomit or stools that contain blood, dehydration, fever more than 101 degrees Fahrenheit and abdominal swelling or pain are some of the common symptoms of gastroenteritis. Below are some of the causes of stomach flu or gastroenteritis:

Remedies, prevention and treatment – Most cases of gastroenteritis go away on their own, if caused by a virus. The main home remedy of getting relieved by stomach flu is rest. Your body needs rest in order to fight off the virus. You can also fight with the stomach flu by eating plain food like crackers, cereal, toast, rice, and potatoes. Try to add small amounts of yogurt, bananas, and fresh apples in your diet. In case of nausea and vomiting, doctor may recommend you to stick to clear liquid diet and oral rehydration solutions (ORS). These solutions have a balance of salts and sugars. Furthermore, your doctor may recommend you to take acetaminophen (Tylenol) for treating stomach flu, unless you have liver disease.

If you have friends or family who frequently get an upset stomach, then share this blog with them. You can also post comments in the boxes below the blogs.