All You Need to Know About Female Viagra 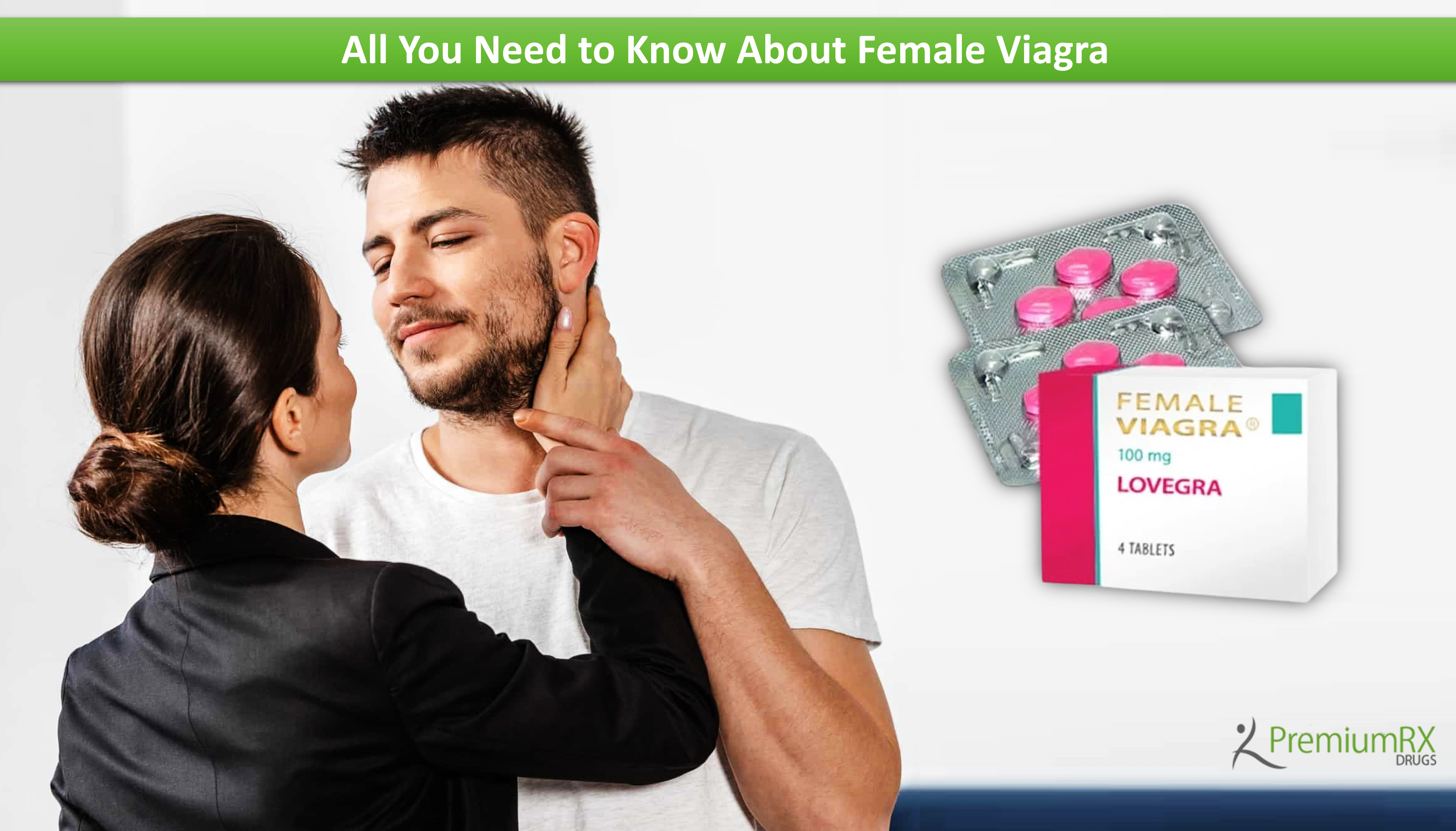 Female sexual dysfunction is very common in women of all ages, especially menopausal women. The female Viagra, also known as fibanserin, is suitable for premenopausal women with low interest in sex.

This condition is known as hypoactive sexual desire disorder (HSDD). The pill is being hailed as a big breakthrough in the sexual health of women.

Viagra for men and women

Viagra blocks an enzyme that inhibits the flow of blood. In men, this causes the penile tissues to swell. Blood flow to the genital areas increases, and this helps to treat erectile dysfunction in men. The same enzyme that affects male sexual dysfunction also influences the pelvic blood flow in women. Female Viagra is also helpful for women to treat sexual dysfunction due to the side effects of other medicines.

Some factors that hurt the sexual health of women include:

Some physical ailments that can have an impact on sexual dysfunction in women are:

Three things are important for an improved sex life for women: mental health, relationships, and physical health. Women suffering from mood disorders, anxiety and depression suffer from a low sex drive. A woman who never exercises or feels unattractive can feel less interest in sex. A woman suffering from conditions such as diabetes or any other kind of chronic illness can also suffer from low sex drive. The next factor, relationships, can also impact a woman’s sexual health. At the beginning of a new relationship, a woman’s lust is equal to that of a man, but after a year or two, the desire for women begins to decline. To treat female sexual health, these issues also must be addressed.

Women who suffer from low sex drive can now bank on the pink pill. The female Viagra is the first FDA-approved pill to treat sexual dysfunction in women. As per some studies, women who took the drug experienced an almost 37% increase in their sexual desire.

Difference between male and female Viagra

One difference is that men take Viagra before a sexual encounter. Women, on the other hand, need to pop the pill every night. Viagra for men treats erectile dysfunction, which is a physical problem. The pill for women, on the other hand, works on the central nervous system. Viagra works on the neurotransmitters in the brain and is thought to be in the antidepressant category of pills.

One of the drawbacks is that women taking the female Viagra cannot take alcohol due to some adverse reaction between the two. Mixing the two can be pretty serious and cause fainting and a dip in blood pressure levels. Also, Viagra cannot be given to women with conditions such as high blood pressure. This can have a dangerous effect on her body.

It can take up to four to eight weeks for a woman to start seeing the effects of the drug on her body. Some common side effects of female Viagra include nausea, dizziness, insomnia, fatigue and dry mouth. If you experience any other problems after taking Viagra, consult your doctor immediately.

Nutritionist, herbalist, health and medicine writer and yoga enthusiast, Amelia Smith, is a professional in the health, nutrition and diet industry.