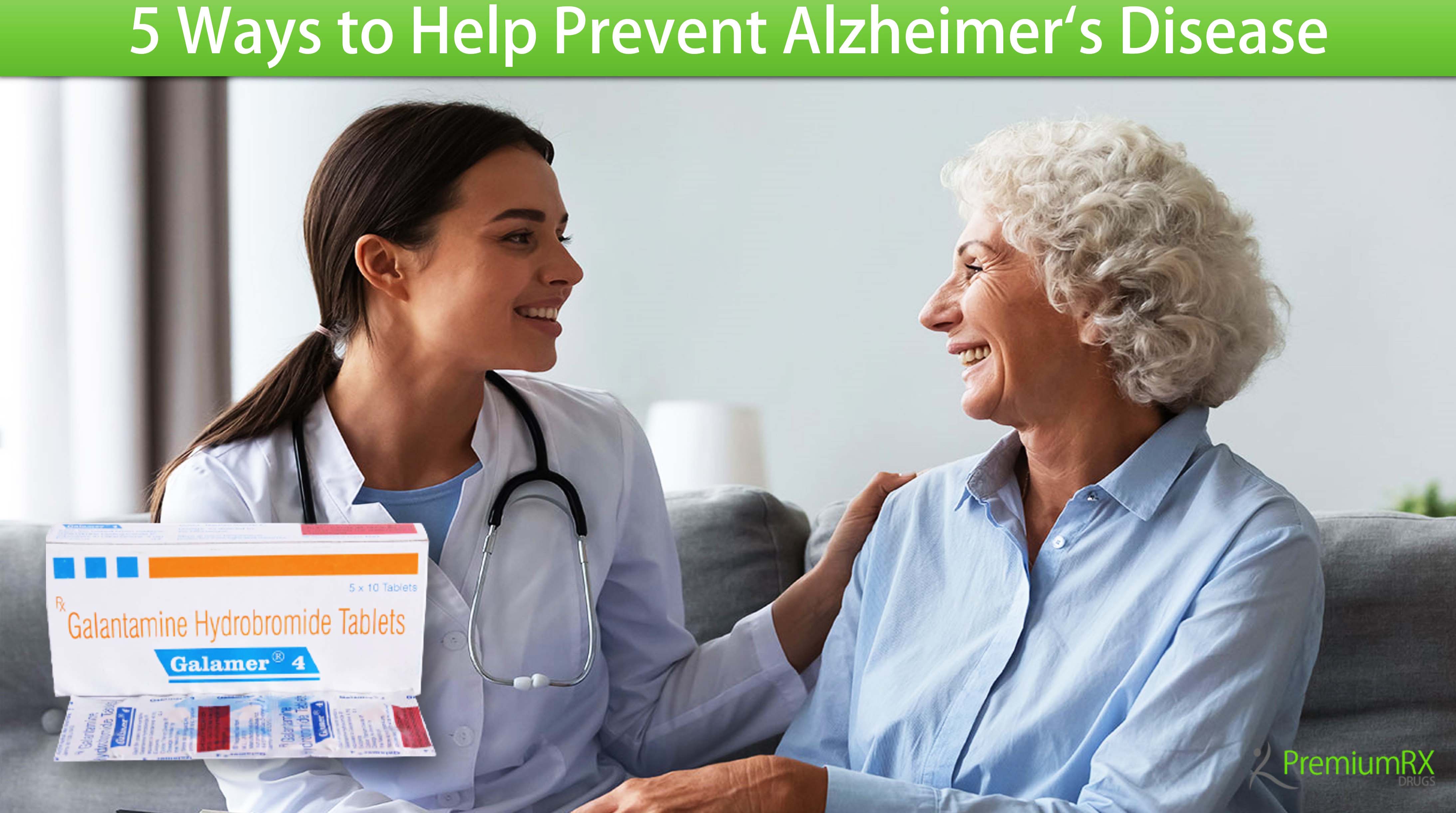 The chances that people make in their life patterns and habits can help reduce their chances of suffering from this disease. The biggest question you’d want to ask now is, when do we start making these lifestyle changes? The answer is always going to be as early as possible. Healthy living and healthy eating should be adopted as soon as possible. In the case of specifically trying how to prevent Alzheimer’s, adopting these changes in the 30s and 40s can be a good start. Experts give you five ways in which you can start to adopt these changes and live healthily, and that will help you in the prevention of Alzheimer’s.

Eating healthy is the first and the most important way to prevent Alzheimer’s disease. A low-fat diet consisting of vegetables is a great start. A study conducted in Harvard, which had 13000 women aged 70 and older, found that women who ate leafy green vegetables like spinach and romaine lettuce, and cruciferous ones like broccoli and cauliflower, showed a lower cognitive decline than those that ate few vegetables. Tumeric, a spice from India, is another ingredient that can be included in one’s diet to prevent Alzheimer’s. A diet with food that is good for the heart is also great, as cholesterol increases the risk of developing Alzheimer’s. The clogged arteries may lead to damaged blood vessels in the brain, disrupting the brain circuits, and leading to memory loss.
Prevention of Alzheimer’s also has another easy way out. All you need to do is keep yourself fit. Simple exercises or something that keeps you on your feet, like brisk walking, is a good way to keep this illness at bay. A study conducted and published in the Journal of the American Medical Association revealed that just six months of regular exercise helped improve the memory of a group of older people. A separate study showed that by working out three or more times per week, a group of 1700 seniors who were 65 years or older cut down the risk of getting Alzheimer’s and dementia by 35 per cent.

Maintaining your weight is another area which can help in Alzheimer’s prevention. People become obese during their midlife, raising their risk of developing this disease. A study of 6,500 men and women revealed that those who were 30 or more pounds overweight with lots of accumulated belly fat and were in their 40s were 3.6 times more likely to develop Alzheimer’s in their later years. Diabetes is another lifestyle-related disease that raises the risk of developing this disease.

Dietary supplements though not the sole preventive measure, can be equally beneficial in helping prevent Alzheimer’s. Experts suggest Folic acid, which is known to lower levels of the amino acid homocysteine. The elevated homocysteine levels can increase the risk of heart disease and Alzheimer’s. A study where a daily dose of 800 mcg of folic acid was given to a group of middle-aged and senior adults helped lower their homocysteine levels and significantly improved memory and cognitive function. A high dose of vitamin E was also thought to play a role in how to prevent Alzheimer’s, but recent studies could not link vitamin E supplements and Alzheimer’s development. Another supplement is ginkgo Biloba, a memory-enhancing herb that helps delay the disease.
The last way to prevent Alzheimer’s is to keep the mind active as much as possible. Activities like reading, doing crossword puzzles, and taking classes will keep your mind active. Doing things like learning new information, solving problems, and forming new memories not only helps to maintain existing brain circuits but may also create new ones. All this is helpful in Alzheimer’s prevention and from the disease from developing.