What is the latest treatment for Erectile Dysfunction? 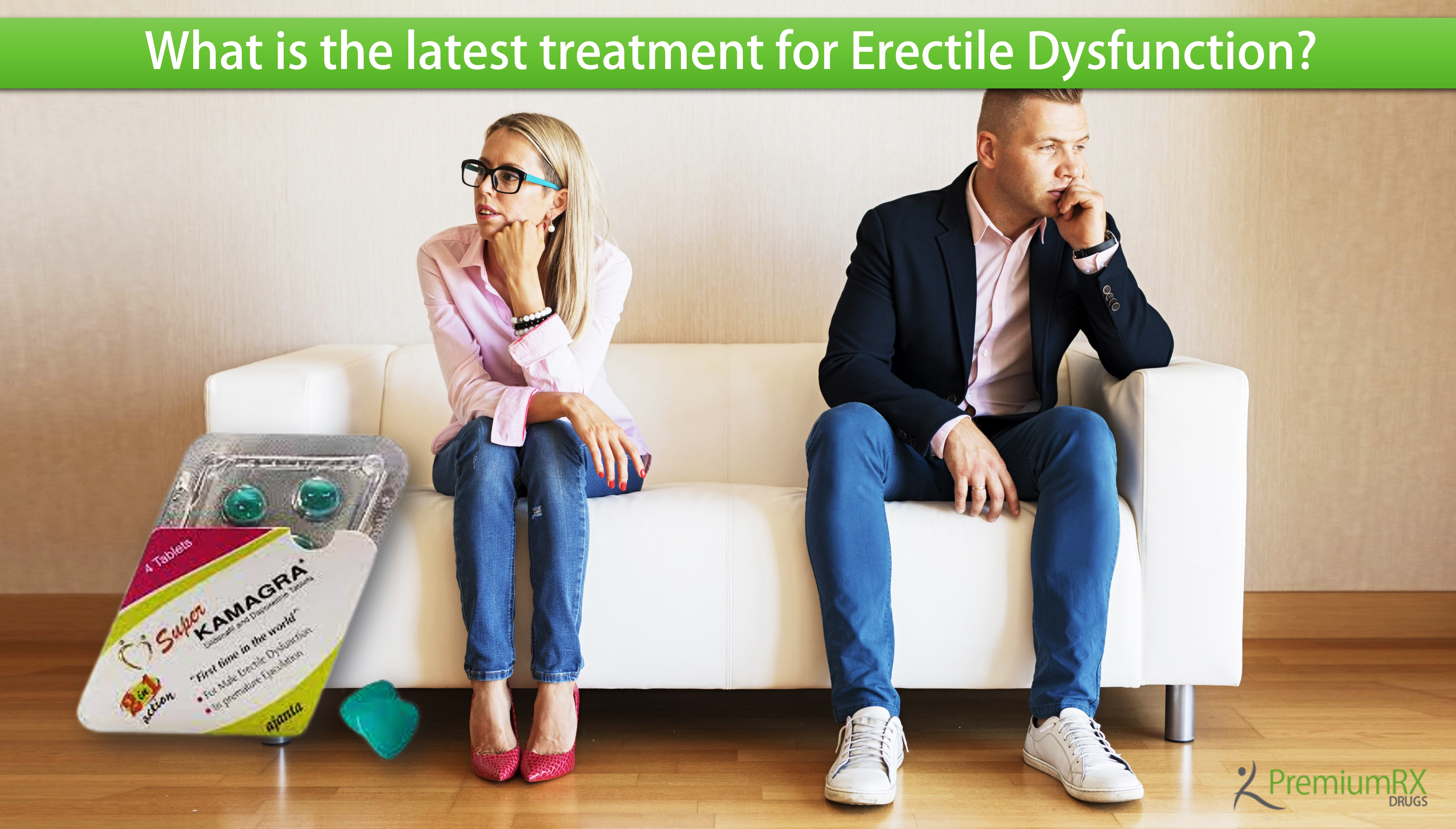 The ability to develop an erection is an important part of a man’s overall health, regardless of age. However, many men suffer erection problems in silence, without seeking medical advice. This article will teach you about ED causes and the latest treatment options.

Normal erectile function has been described as a biopsychosocial process that involves the coordination of psychological, vascular, endocrine, vascular, and neurological systems.

Psychogenic factors are involved in many cases of erectile dysfunction alone or in combination with organic causes. An important psychogenic factor related to ED is performance anxiety.

Antihypertensives and psychotropic drugs are among the most common drug classes in developing ED. Antidepressants are the commonly prescribed psychotropic drugs associated with significant rates of ED, including selective serotonin reuptake inhibitors and venlafaxine. Thiazides, followed by beta blockers, are the most common groups of antihypertensive agents that cause erectile dysfunction.

Studies confirm that age is the primary risk factor for ED. The prevalence and severity of ED increase with age. Diabetes is the second most common risk factor for ED. As per research studies, ED also occurs three times more frequently in people with diabetes than non-diabetics. A sedentary lifestyle, smoking, sleep disorders, alcohol or drug misuse, and metabolic syndrome have all been associated with erectile dysfunction. Also, persistent medical disorders include pulmonary disease and chronic kidney liver.

Currently, there are several options for patients with ED. The hallmark of ED treatment has been phosphodiesterase 5 inhibitors (PDE5). Oral PDE5 inhibitors are now regulated as the first-line treatment for ED. There are now four commercially available PDE5 approved in the United States: sildenafil, vardenafil, tadalafil, and avanafil. All four commercially available PDE5 inhibitors have an appropriate onset of action and duration.

All four medications enhance the side effects of nitric oxide, a chemical your body naturally produces to relax penile muscles. This improves blood flow and allows you to achieve an erection in response to sexual stimulation.

Taking one of these pills will not automatically cause an erection. A man needs to be sexually aroused to cause the release of nitric oxide from his penile nerves. These sexual dysfunction drugs amplify that signal, restoring normal erectile function in some people. Oral ED medications are not aphrodisiacs, will not cause sexual arousal and are not needed in people with normal erections during sexual intercourse.

The dosage of these medicines may vary, such as how long they work and their side effects. Possible side effects include nasal congestion, visual changes, flushing, stomach upset, and backache. Before prescribing any ED drugs, your doctor will consider your condition to determine which medication might work best. These medications might not treat your erection problems. You might need to work with your healthcare specialist to find the right medicine and dosage.

Before you take any of these medications for ED, including over-the-counter supplements and herbal remedies, get your doctor’s approval. Medicines for ED do not work for everyone and might be less effective in certain medical conditions, such as after prostate surgery or if you have diabetes.

Erectile dysfunction is a common clinical entity affecting mainly men older than 40. Along with the classical causes of erectile dysfunction, such as hypertension, several lifestyle factors, such as obesity, absence of physical activity, and lower urinary tract symptoms, have been linked to erectile dysfunction. ED is a strong predictor of coronary artery disease, and cardiovascular assessment of all patients with ED is now suggested. Substantial advances have occurred in understanding the pathophysiology of ED that ultimately led to the development of successful oral treatments, namely the phosphodiesterase type 5 inhibitors.